Grant Recipient of the 2021 COVID-19 Relief Fund for Individuals

Teresa Kruszewski moved from Boston to New York City in 2005, and lived there for 11 years. In a place where things change overnight, Teresa took on the challenge to document buildings, events and quiet moments that could disappear in that “New York” minute.

Decay, nostalgia and loneliness seem to be a common thread. Moments in the early morning, well before sunrise, reveal the side of the city that few are aware.

In December of 2016, Teresa became a year-round resident of Martha’s Vineyard. She is a member of the American Society of Media Photographers, NYC Chapter (ASMPNY) and the New York Press Photographers Association (NYPPA). You can find Teresa at her Gallery 51art, located at The Shoppe with the Red Door in Vineyard Haven.

Photo Source Book. Showcasing the work of professional members of the New York Chapter of the American Society of Media Photographers. Works of many well known and well published photographers. (page 45)

The opening of my solo show at the Gallery at Garden Street Lofts in Hoboken, N.J. on February 2, 2016 was a dream come true. 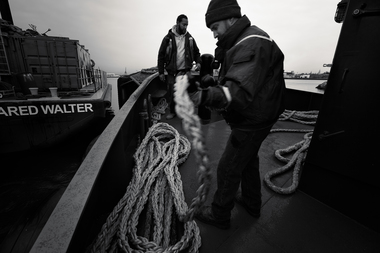 ROSEBANK — A new exhibit aims to show the sights and people of Staten Island through the lens of photographers who live and work in the borough.

The first “Staten Island Unlimited” show at the Alice Austen House Museum will feature 35 artists’ photographs of different scenes around the borough to celebrate what would have been Austen’s 150th birthday.

Photo Source Book. Showcasing the work of professional members of the New York Chapter of the American Society of Media Photographers. Works of many well known and well published photographers. (page 105)

In collaboration with the Museum of the City of New York, ICP presents a photography exhibition detailing the damage and recovery from Hurricane Sandy.

Drawn from an open call for submissions from the public that drew over 7,000 entries, the exhibition includes 100 works by more than 90 professional photographers, community members, and bystanders who photographed the effects of the devastating storm and the subsequent recovery efforts. The exhibition also showcases video from Gideon Mendel’s Drowning World series on flood zones around the globe, and a slide-show of the photo submissions from faculty, students, and alumni of the School at ICP.

Chosen as one of the 90 professional photographers for this group show.

A public mural along fences around the newest Maxwell place condo building opened to the public Thursday.

A mural showcasing the work of 20 local artists outside a Maxwell Place condo building.

Chosen as one of the 20 professional photographers for this outdoor exhibit.

CLIENT FAVORITE/PHOTOGRAPHY PORTFOLIO REVIEW ASMPNY:  We surveyed all the reviewers about the best portfolios they saw, yielding a shortlist of ten favorites.  Teresa Kruszewski was chosen as one of those 10.

“She seems very committed to a single project and is willing to follow it through,” notes an editorial agency representative about Kruszewski’s reportage in celebration of workers on and around New York City’s waterways.